Brace yourself folks … this may stretch your mind! This morning, I heard on the radio that many American farmers are sending their livestock to slaughter early because they cannot afford to feed them. The draught has limited their supply of feed.  The draught across most of the United States is tragic. But am I the only one who sees an obvious solution here? Forgive me as I stretch our comfort zone to think about something that most Americans would shrug off as something as crazy, or (gasp) something that the medical community is starting to embrace: Being a Herbivore!

Did you know that cows, deer, moose, sheep, antelope, rabbits, mice, squirrels, and many others are herbivores … they eat a plant-based diet? It makes me think that the cows have it right!

Imagine if Americans ate a more plant-based diet … I’m not saying immediately go vegetarian or vegan; instead, start making steps to move away from a meat-based diet. As soon as the meat eaters hear that they should give their slab of carcass, they put in the ear plugs and walk away. Becoming a herbivore and eating a plant-based diet would certainly save millions of animals annually from being raised (sometimes in terrible conditions) and would save you from inhaling another Big Mac and adding pounds to your waist and plaque to your arteries. But that’s not my point today.

Consider this: If we start to move towards a herbivore diet, this would allow farmers to move away from raising cattle and towards raising plants. And who ever heard of sending a plant off to early slaughter because you couldn’t feed it? The farmers would still be employed (just in a different way and more back to the basics of what farmers did long ago). And not only would Americans start to eat a healthier diet and we would start to see the decrease in the obesity epidemic (both in adults and children), but would we actually nourish our land and air. Plant-based foods do not poison the land like the noxious waste and fumes from livestock farms. If livestock farmers filled their land with plant-based products, not only would Earth begin to recover from the terrible acts humans have committed against it, but we would have sufficient healthy food for humans all across the globe. And we would not have to feed plants to animals just so that we can eat the animals … let’s cut out the middle man (or animal) and just eat the plants! Of course, there are some species who need to eat a meat-based diet (humans is not one of them), so some small family farms would be needed.

Can you imagine the day when polluting farms actually change to farming plant-based products? It is a win win for everyone: the farmers, the animals, the Earth, and people who will undoubtedly be healthier. What do you think? Is it doable? If so, share this with others and maybe we can start to tip the scales! 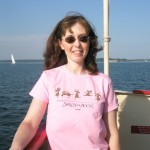